New Delhi: Maharajpur is a small town situated on the Delhi-Ghaziabad border. The settlement hosts a majority of population who had migrated from different parts of the country, in search of employment at the national capital.

One such family who had migrated from Bihar 15 years ago was elated after their eldest son, a silver medalist in cycling, received a racing bike from President Ram Nath Kovind on Friday.

The President was moved by his story, where despite having extreme financial strain, the cyclist aspires to win gold for India in the next Olympics.

The 16-year-old cyclist, Riyaz, has a look of ecstasy on his face with the brand new possession.

President Kovind gifted a racing bicycle to a school boy Riyaz who dreams of excelling as a top cyclist. The President wished him to become an international cycling champion and realise his dream through hard work. https://t.co/LcwrPknMdf pic.twitter.com/J1pL5dsZ8P

“Now, my performance will improve,” said Riyaz, who practices from a borrowed low-performance cycle. However, his worries are far from over. Financing his passion for cycling still remains a major challenge to him and his family, who lost their livelihood in the lockdown.

The cyclist comes from a humble background where affording a two-time meal for a day becomes an uphill task. “I usually have my lunch at my friend’s house,” he said.

“Our economic condition is so bad that we barely manage to arrange meals for the whole family two times. Since I do regular training, I need at least two meals in a day for the performance,” Riyaz explained.

Riyaz also added that his financial condition is becoming a mammoth hurdle in his training.

“There are days when I had skipped my training because I did not know what I would eat after the training. I don’t want to be a burden for my friend’s family,” he said.

Riyaz had won silver in cycling at Delhi State Championship in 2018. Besides, he has also participated in many tournaments. Despite, the struggle that this young sportsman has to endure is enough to embarrass the sports councils set-up to support budding players.

Riyaz is the eldest among four siblings. He studies in IX standard. His six-member family had the sole bread earner, Riyaz’s father, who worked at a dhaba in Anand Vihar. Being a sportsperson, Riyaz had to meet several requirements in diet and equipment. Since his father’s meagre income barely filled the stomachs of all the family members, he joined his father at the dhaba. “I received only Rs 6,000 from the job,” he said.

Along with his job at the dhaba, Riyaz continued his studies and took out time for training that he managed remarkably well. His schedule and hard work speak volumes of the drive he has for doing something remarkable in cycling. “I want to win gold for India in Olympics,” he said.

Riyaz’s day started at 3:30 am. “I had to reach Indira Gandhi Stadium for my training by 5 am. The training used to end by 7 am. Then I had to go to reach the dhaba by 9. I used to work there for three hours and then had to attend school by 12 pm. After the school was over, I resumed my work at the dhaba and then returned home in the evening,” he said.

His life was tough but was on track till March 24 when the government imposed the lockdown. The dhaba owner decided to shut it indefinitely, and in a moment, the livelihood of Riyaz’s family was snatched. Later, his father moved back to Bihar to find a source of income while the rest of the family stayed.

However, after receiving a cycle from the President, Riyaz hoped that the government would pay attention to his plight.

Pramod Sharma, Riyaz’s coach said that cycling seems an inexpensive sport, but it is one of the costliest games. The machines for beginners cost more than a lakh, and to perform at the national level, one needs a high-performance bike that costs around Rs 5 lakhs. “I used to lend him cycles and sometimes money. However, the cycle he received from the president is quite an advanced machine, which will help him perform better,” he said.

Meanwhile, Sharma also said that associations should step in to fund the game of the bright sportsman. “Merely high-performance protein supplement costs around Rs 5,000. Besides, dry fruits, other dietary needs, and the cycle’s maintenance may add up to Rs 12-15,000 monthly. Riyaz cannot afford it. Sports federations and sponsors should support him. With the right resources, the boy can do wonders,” he added.

Onkar Singh, Chairman of Cycle Federation of India, also said that the federation would also help the boy. “It just came to our knowledge. We will call him for trials to our training camp where food, lodging, and training are on us. Also, we will try to arrange him, sponsors,” he added. 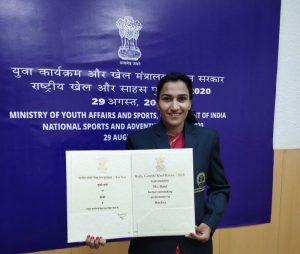 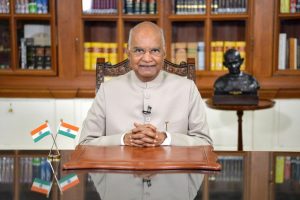 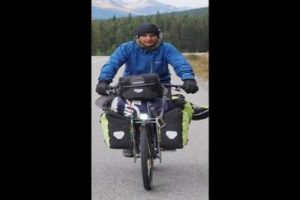