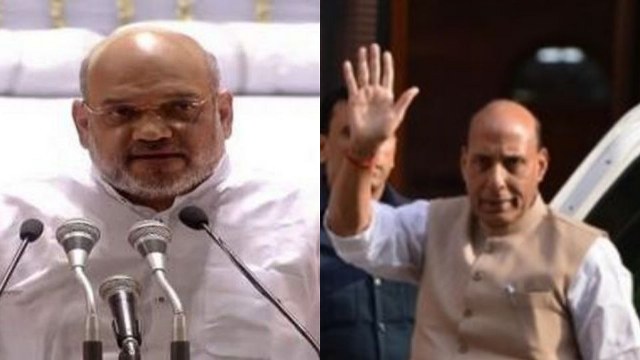 New Delhi: An order issued two years ago with then Home Minister Rajnath Singhs consent is almost on the verge of being “withdrawn” by incumbent Amit Shah who seems averse to hand over CRPFs VIP security responsibilities to the Central Industrial Security Force (CISF).

In a decision taken on November 23, 2017, the Home Ministry had decided that only CISF and National Security Guard (NSG) would provide security for VIPs.

After the order, the Central Reserve Police Force (CRPF) and the Indo-Tibetan Border Police (ITBP) were to be handed over the security baton for close to 150 protectees to CISF by the end of 2018. But the move could not be implemented as the CRPF Director General R.R. Bhatnagar raised objection on behalf of the force and approached the Ministry to rethink the decision.

A highly placed source, requesting anonymity, told IANS that the CRPF, since the November 2017 order issued by the Home Ministry, wrote “three-four” letters to the department of the ministry over the issue and the recent approach was made three months ago after Shah took over as new Home Minister.

According to another source in the Home Ministry, the CRPF took up the matter and presented multiple grounds before the ministry for the “retention” of its responsibility to guard VIPs.

The factors on which the CRPF managed to get the Home Ministry’s support are its all-India presence as an internal security force, a largest paramilitary force from which maximum number of personnel are drawn for the National Security Guard (NSG) and the Special Protection Group (SPG), said the official.

The CRPF has argued that as its personnel are already well-trained in providing VIP security, the force should be allowed to retain the responsibility.

Since CRPF’s 80 per cent personnel are deployed in most difficult areas such as Jammu and Kashmir and Maoist-hit states, it would be a respite for the force for changeover of four of its battalions marked for the VIP security job, said the officer.

It is also learnt that Amit Shah, on grounds to boost CRPF’s morale and considering its expertise in providing VIP security, has almost finalised its plan to retain the force’s control over the security of VIPs, including nearly 75 prominent leaders and other protectees.

However, the CRPF, ITBP and the CISF have not received any formal order.

The recent move comes in the wake of an order assigning the CRPF additional task to provide security to former Prime Minister Manmohan Singh. The CRPF on September 16 took over the protective cover of the former PM and has provided him the Z+ category. Singh’s security was downgraded from his SPG cover, which was withdrawn following a review meeting.

Recently, Shah himself favoured the CRPF cover, which has protected him since July 2014. His predecessor Rajnath Singh was a protectee of the National Security Guard commandos.

The CRPF provides Z+ (the highest) category protection to Shah and is also in charge of Advanced Security Liaison at his residence and office. It also covers his travels.

Shah is the first Union Home Minister who is secured by the CRPF. 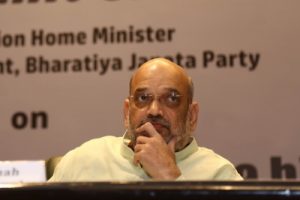