London:  Veteran London-based cricket broadcaster and writer Ashis Ray has called for “a calm introspection by the Board of Control for Cricket in India (BCCI) into how India, with an investment in cricket 1,000 times that of New Zealand, can lose to the latter”.

He emphasised: “It should not be a witch-hunt, but an exploration into whether the BCCI can do anything better infrastructurally, managerially and policy-wise.”

Ray is the author of “Cricket World Cup: The Indian Challenge”, which is a history of the competition from an Indian standpoint, published by Bloomsbury.

Expanding on his criticism earlier in the tournament, Ray said: “Selection of the squad of 15 was flawed.”

“The neglect of the experienced Ajinkya Rahane was baffling,” he explained. Ray has also made the same point in his book.

“In theory, with his technique, he (Rahane) would have been an ideal number four in the crisis India faced against New Zealand in the semifinal on Wednesday,” Ray said.

“The omission of Rishab Pant in the original squad was another mistake. And two wrist spinners reduced the variety in the Indian bowling. Finger spinners, as Ravindra Jadeja’s performance proved, are always to be preferred in English conditions. There was a case to consider the seasoned Ravichandran Ashwin. But India went by players’ rankings and not pedigree,” he said.

Ray, who has covered cricket in England since 1977 and even played club cricket here, asserted: “India’s choice of playing XI was incorrect in most matches.

“Where all the semifinalists have been playing five quicker bowlers, because the conditions dictated, India played only three. Why Mohammed Shami didn’t play instead of Yuzvendra Chahal against New Zealand at Old Trafford is a mystery,” he pointed out.

But speaking as to why India lost to New Zealand, Ray said that it was not due to bowling but because of the batting failure and sending M.S. Dhoni at number seven instead of number four or five. 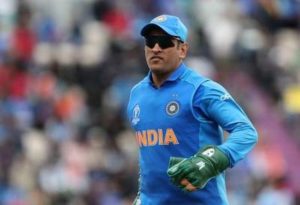 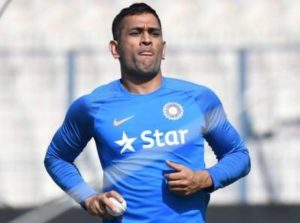