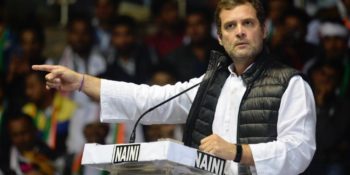 New Delhi | Congress President Rahul Gandhi on Wednesday reiterated that if his party takes power, it will assure minimum income to the poor that will be directly transferred to their bank accounts.

Addressing the party’s youth wing workers at the Talkatora stadium here, Gandhi said: “If we come to power, we will assure minimum income to all poor people of India. It will be directly transferred to their bank accounts.”

He said this will be the first time any middle income country will be attempting such a major programme. “We will attempt this and succeed.”

He was speaking at the culmination of ‘Yuva Kranti Yatra’ organised by Youth Congress.

Attacking the Modi government over the Rafale deal with France, Gandhi said: “Yesterday (Tuesday) I met (Goa Chief Minister and former Defence Minister Manohar) Parrikar, and he said that while changing the deal, the Prime Minister (Narendra Modi) did not discuss it with the Defence Minister.”

Gandhi met Parrikar in Goa on Tuesday. Parrikar was India’s Defence Minister between November 2014 and March 2017.

Hitting out at Modi, Gandhi said: “He (Modi) spoke for over one and half hours in Parliament but he did not speak a single word on Rafale deal. We asked three or four questions on the deal, but instead of answering, the ‘chowkidar’ looked here and there.”

He said the main difference between the Congress and BJP was that “we protect the truth and they proceed with lie”.

“Modiji, I can understand that you cannot sleep at night. I know that you dream of an Indian industrialist, martyrs of Indian Air Force and you can also see the picture of the fighter planes. This is because of the Congress,” he said.

Linking the transfer of ousted CBI Director Alok Verma to the Rafale deal, Gandhi said: “When the CBI wanted to inquire into the deal, Modi asks (BJP President) Amit Shah to stop this. And then late in night he was transferred.”

Attacking the Rastriya Swayamsewak Sangh (RSS), the Congress leader said it was confused because its leaders think that they were bigger than India. 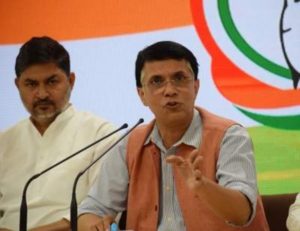 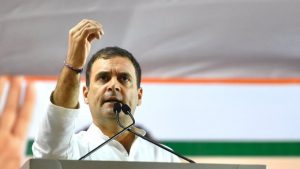