New Delhi: Hours after the Election Commission on Wednesday rejected demand of 23 opposition parties to count the VVPAT slips, the Congress hit back saying the poll panel had become enfeebled and dubbed the electronic voting machines (EVMs) as “election victory machines”.

Addressing the media at the party headquarters here, Congress spokesperson Abhishek Manu Singhvi said, “The Election Commission (EC) has rejected our request to check the VVPAT slips, which we came to know through the media reports. The interesting thing is we have not received any formal orders yet.”

Singhvi said earlier the poll panel had declined 15-20 requests of the party without giving any reason.

The Congress Rajya Sabha MP said, “The Supreme Court has made it clear that votes recorded in the EVMs and the VVPATs (voter verified paper audit trail) slips of one polling stations in each Assembly are needed to be verified.”

Singhvi said the EC for “confidence building” should have accepted the request by 23 opposition parties that “represent 75 per cent of the population”.

“We are only demanding that the VVPAT slips of one random Assembly should be counted to build confidence in the people. During our talks with the Election Commission, they cited rule 56(B). But the rule 56(D) says for mandatory sample check of the VVPAT slips,” he said.

Taking a pot shot at the EC, the Congress leader said the model code of conduct had become ‘Modi prachar sanhita’. Dubbing the EVMs as electronic victory machines, he said the Election Commission had become an enfeebled commission.

“We are not demanding re-poll. We are only demanding sample counting of the VVPAT slips,” he said and added, “They (EC) are not sharing the dissent notes, delaying the requests and are applying biased approach. It’s a black day for democracy. 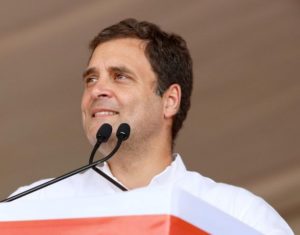