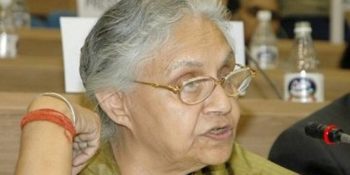 New Delhi:  The Congress on Monday released the list of candidates on six out of the seven parliamentary constituencies in Delhi for the May 12 Lok Sabha polls, signalling a non pre-poll alliance with the national capital’s ruling Aam Aadmi Party (AAP).

Rajesh Lilothia, former MLA and the Working President of DPCC will be the party’s face from North West Delhi, while Mahabal Mishra will contest from the West Delhi seat.

The party however, is yet to finalise a candidate for the South Delhi seat.

For weeks, alliance talks between the AAP and the Congress were on, although the former had listed out its candidates for all the seven seats last month.

The two parties wanted to join hands in order to defeat the BJP, who won all the seven seats in Delhi in 2014 elections.