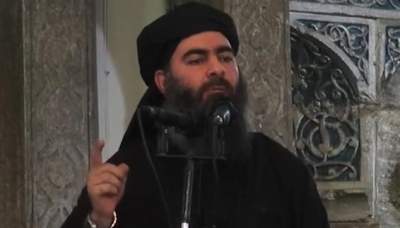 Cairo: The Islamic State terror organisation on Thursday named Abu Ibrahim al-Quraishi as its new leader after it confirmed the death of Abu Bak al-Baghdadi who was killed in a US raid in northern Syria.

A spokesperson for the terror organisation, Abu Hasan Al Mohager, was also killed, the group said in a voice message on Telegram, Efe news reported.

United States President Donald Trump announced that Baghdadi was killed in a military raid that took place on Sunday in Syria’s Idlib province.

The message did not provide further details about the circumstances of their deaths.

Addressing the United States, the spokesperson said: “Do not be thrilled with the death of Baghdadi. Do not forget the death you have suffered at his hands.”

“Your destiny is controlled by a stupid elder who changes his mind overnight,” the spokesperson added.

Baghdadi became one of the world’s most-wanted terrorist leaders when he proclaimed the Islamic State terror organisation’s so-called caliphate from a pulpit of the Great Mosque of al-Nuri in the Iraqi city of Mosul in 2014.

At that time, IS had conquered half of Syria and around a third of Iraq.

It had under its control not only the historic city of Mosul, where it filled a power vacuum left by an Iraqi army in retreat, but also Raqqa across the border in Syria.

Five years later, the so-called caliphate all but collapsed when US-backed Kurdish militias seized its last outpost in southeast Syria in March.

Baghdadi was a ruthless leader who oversaw the murder of thousands of civilians.

He was erroneously reported dead on several previous occasions. 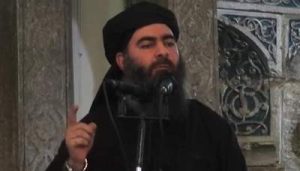