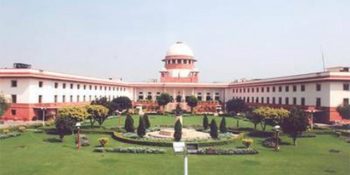 New Delhi, Jan 18 : The Supreme Court on Thursday was told that private agencies collected biometric data of the citizens under the Aadhaar scheme without any legal framework permitting it.

“There was no legal framework, none at all, backing the Unique Identification Authority of India (UIDAI) when it engaged private operators in the massive exercise of collecting citizens biometric data,” senior counsel Shyam Divan told the constitution bench headed by Chief Justice Dipak Misra.

He also told the constitution bench, also comprising Justice A.K. Sikri, Justice A.K. Khanwilkar, Justice D.Y. Chandrachud and Justice Ashok Bhushan, that rule of law was denuded to such a level that there was no governance and private operators for enrolling citizens under Aadhaar scheme were appointed without any legal framework.

Divan wondered that the citizens biometric data was being collected by the private operators without legal safeguards and there was no accountability of the central government, citing the government’s statement in the parliament that 34,000 enrolment agencies were issuing fake cards and thereby polluting the whole exercise.

Divan is arguing before the constitution bench on behalf of the petitioner including former Karnataka High Court Judge Justice K.S. Puttuswamy who has contended that collection of biometric data was an intrusion into the personal autonomy of a person and thus violative of fundamental right to privacy.

When Justice Khanwilkar pointed out that the points being raised by him have been validated under the Aadhaar Act, Divan said: “What can be validated or what has been validated, we will see (in the course of the arguments).”

The constitution bench commenced, on January 17, the hearing on a batch of petitions challenging the validity of Aadhaar Act on the touchstone of fundamental right to privacy. The hearings will continue on January 23. 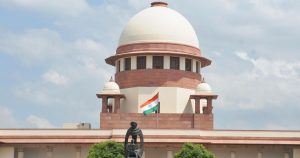