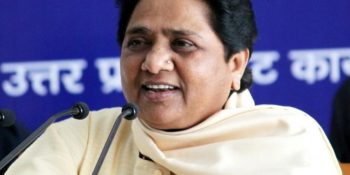 Lucknow :  BSP leader Mayawati on Monday launched a scathing attack on Prime Minister Narendra Modi and accused him of giving himself self-importance at the cost of national security.

In a string of tweets, the four-time Chief Minister of Uttar Pradesh said: “Corruption, national interest and national security, everything can be compromised and ignored for the sake of the Chowkidaar.”

She added that while the Prime Minister was moving around everywhere in the country at government expense, he still claimed to be “honest and not corrupt”.

She citied a newspaper report to say that the anti-corruption clause in the controversial Rafale jet deal had been waived off, allegedly by the Prime Minister himself.