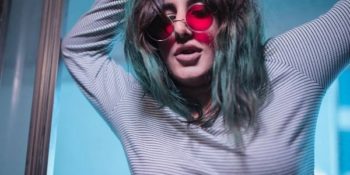 Mumbai (2 Min Read) : Actress Saloni Chopra, who had accused Sajid Khan of inappropriate behaviour, is glad the change has begun with the Indian Film and Television Directors Association (IFTDA) suspending the filmmaker for a year.

In a Twitter post, Saloni lauded IFTDA’s action, but at the same time hoped Sajid would at least apologise to the women whom he has misbehaved with.

“I’m glad IFTDA has decided to be supportive and understand their responsibility towards the behaviour and power abuse of their members. I hope this isn’t temporary.

“It’s about time our industry realises that accepting such behaviour as a normal routine from fellow members makes everyone in the industry equally responsible for this behaviour because you’re just encouraging it,” Saloni wrote.

On Sajid, she said: “I really wish Sajid would apologise to the women he’s behaved this way … Apology is never the absolute answer, or the final outcome, but it’s the first step to accepting your mistake and wanting to change, without that where do people really go from this?

“His ignorance and denial of his behaviour is only an insult to all the people involved. If he denies everything he’s done, and is banned for a year, what after that? Does he just go onto work again like he never did anything?”

Saloni, who earlier worked as an assistant director with Sajid, said it’s important for him to own up to his doings for anything in our country to change in the right direction.

“For now, I’m glad for the decisions IFTDA has made, change must begin somewhere.”

She was among the women who named and shamed Sajid as the #MeToo movement gained momentum in India.