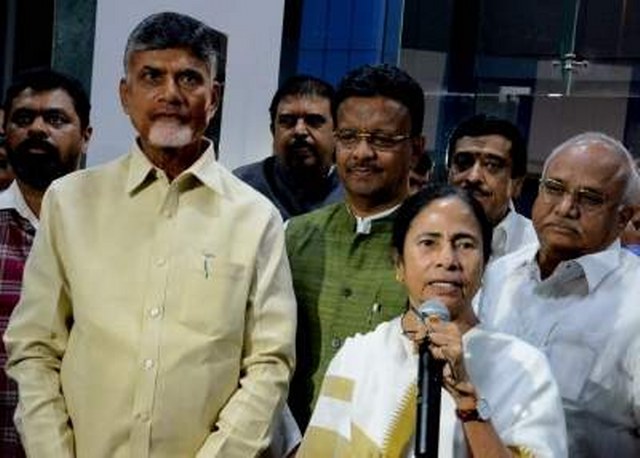 Kolkata:  Andhra Pradesh Chief Minister Chandrababu Naidu and his West Bengal counterpart Mamata Banerjee met here on Monday to discussed the prospects of the post-poll alliance of the opposition parties against the BJP, sources said.

However, neither of them talked to the media following the around 45-minute-long meeting that was held at Banerjee’s residence in south Kolkata’s Kalighat.

On his arrival, Naidu was welcomed by Banerjee’s nephew and Trinamool Congress MP Abhishek Banerjee and Kolkata Mayor Firhad Hakim.

According to the sources, the two leaders discussed the importance of uniting all the anti-BJP parties under one umbrella and constituting a common minimum agenda.