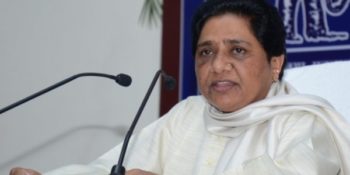 Lucknow :  BSP leader Mayawati on Wednesday described as an “election stunt” the Modi government’s proposal to the Supreme Court to return the undisputed land at Ayodhya.

In a statement, the Bahujan Samaj Party chief said this had been done to fan communal passions.

She asked the people to be on guard against the saffron camp as the central government was trying to “by force to intervene in the long-pending matter”.

The BJP was resorting to “unfair means” after realizing that the coming together of the BSP and Samajwadi Party would hit the ruling party hard in the coming Lok Sabha elections in Uttar Pradesh.

“The BJP government is doing everything now that is not expected of a government run on the basis of the Constitution,” the 63-year-old said.

Claiming that the people were fed up with the BJP’s false promises, the party was taking recourse to fanning communal passions, disturbing social harmony and desperately trying to stay afloat in the forthcoming general election.

The four-time Chief Minister of Uttar Pradesh also said that any effort to put pressure on the ongoing legal process on the contentious issue was unacceptable. 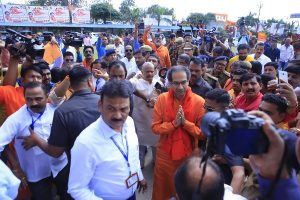 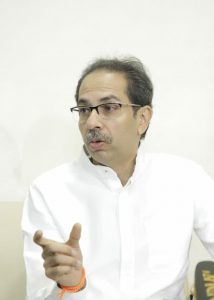