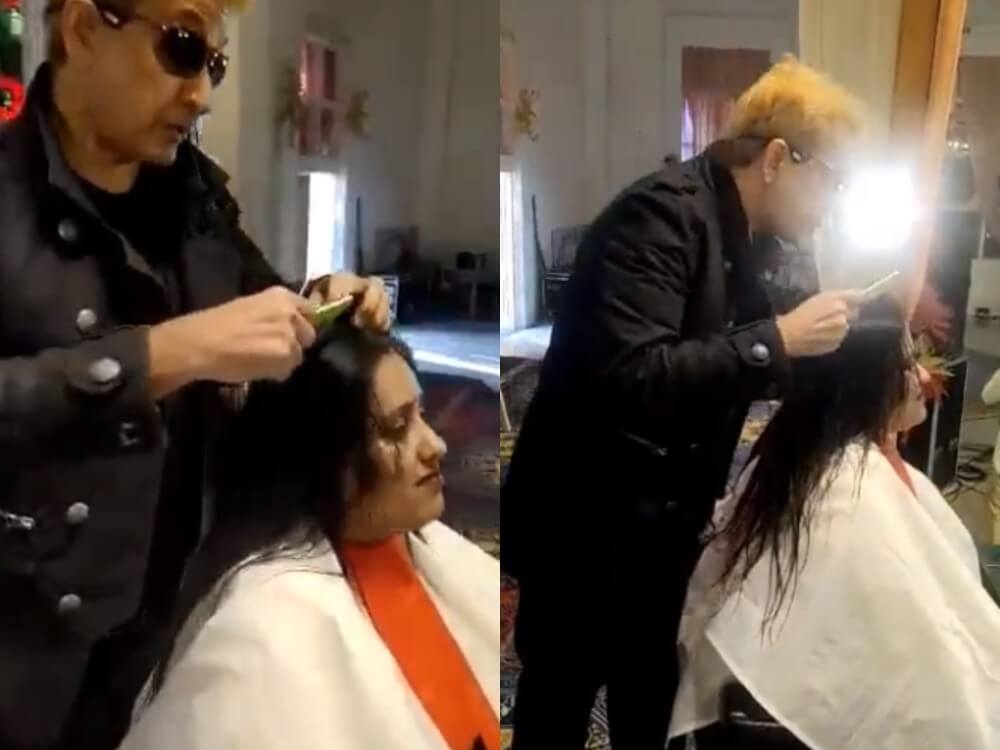 Lucknow | Well-known celebrity stylist Jawed Habib has landed in controversy after a video went viral on social media showing him spitting on a woman’s hair.

The video is said to be from a training seminar in Muzaffarnagar district in which Habib could be seen spitting on a woman’s head in front of a crowd, saying that her hair is dry.

He could also be heard saying jokingly that his spit is very effective! However, as of now, the authenticity of the viral video and the date of incident could not be confirmed.

In the clip, the woman is seen sitting on a chair on a stage. While giving tips to the audience present at the event, Habib casually spits on the hair of the woman, saying “Agar paani ki kami hai na… iss thook mein jaan hai (If there is no water… There is life in this spit).”

This is Javed Habeeb… Spitting instead of using water… absolutely horrible 🤮🤬 pic.twitter.com/8s7xaE8qfO

People present there could be heard laughing and clapping.

After the video went viral on social media, the woman in the video has come forward to share her bad experience.

In a video, she said, “My name is Pooja Gupta. I run a parlour named Vanshika Beauty Parlour and I am a resident of Baraut (UP). I attended Jawed Habib sir’s seminar. He invited me for a haircut on stage and he misbehaved a lot. He was showing if you do not have water, you can use your spit as well. I did not get my haircut done. I would get my haircut from any local shop, but never from Jawed Habib.”

Meanwhile, netizens were left disgusted by the incident and stood in support of the woman.