Indore: With the reporting of 19 of the 20 new coronavirus cases, here on Wednesday, the situation in Madhya Pradesh has turned grim as the tally reached 86 on the eighth day of the 21-day lockdown. With 63 Covid-19 cases, Indore has moved to the fourth spot in the country and accounting for 73 per […] 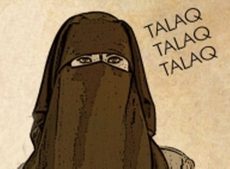 Indore: A woman in Madhya Pradesh’s Indore has filed an FIR against her California-based NRI husband alleging that he gave her triple talaq on the phone after she failed to meet his dowry demands. Saleena Khan got married to Zeeshan Fazal in August last year and soon after he started demanding an Audi car and Rs […]

Indore: Even as 12 top serving bureaucrats and eight former Ministers of Madhya Pradesh seem to be in a big trouble in the honey trap scandal, the kingpin of scandal Shweta Jain has confessed to the SIT that she coerced at least two dozen college going girls, from lower middle class families, who were used to […] 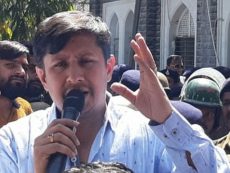 Indore: Akash Vijayvargiya, BJP MLA from Indore III who was arrested for assaulting a municipal corporation official with a cricket bat, was accorded a “hero’s welcome” by his supporters after his release from jail on Sunday morning. Kailash Vijayvargiya, BJP General Secretary and Akash’s father, received him outside the jail with his supporters. They garlanded him […]

Indore: Indore MLA Akash Vijayvargiya, who has been sent to judicial custody for a fortnight for thrashing a municipal corporation official with a cricket bat, is in for more trouble. Not only did the top district court decline to hear the bail plea of Vijayvargiya, the son of BJP national General Secretary Kailash Vijayvargiya, but he […]

Indore:  Indore MLA Akash Vijayvargiya, who made headlines by thrashing a municipal corporation official with a cricket bat, might have to spend some more time in jail. No decision was taken on the BJP legislator’s bail application on Thursday at the sessions court which said it was not the appropriate court to hear the matter, […] 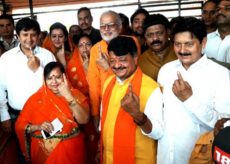 Indore: BJP leader Kailash Vijayvargiya shows his forefinger marked with indelible ink after casting vote during the seventh and the last phase of 2019 Lok Sabha Elections at a polling booth in Indore on May 19, 2019. (Photo: IANS)