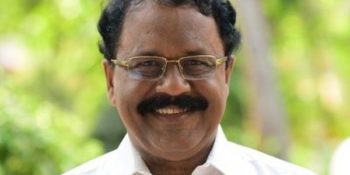 Kozhikode : The Kerala Police on Thursday registered a case under non-bailable charges against state BJP President P.S. Sreedharan Pillai who has claimed that the Sabarimala issue provides a “golden opportunity” for the BJP to grow in Kerala.

The police have registered the case under Section 505 1(b) of the Indian Penal Code which refers to comments that can cause fear or alarm in the public and disturb peace.

The police action came after a media professional filed a complaint against Pillai for his inflammatory speech of last week.

Pillai said in a speech at a meeting of the Bharatiya Janata Yuva Morcha here that he told the Sabarimala temple ‘tantri’ that it would be best to shut down the hill shrine if any woman in the 10-50 age tried to enter it following a Supreme Court verdict.

Pillai also said that the Sabarimala issue provided a “golden opportunity” for the Bharatiya Janata Party (BJP) to expand its political footprint.

When the case was registered, Pillai, a lawyer, was on a ‘rath yatra’ that was flagged off from Kasargode and will reach Pathanamtitta district, where the Sabarimala temple is located, on November 13.