New Delhi: Chennai Super Kings all-rounder and former West Indies captain Dwayne Bravo’s song ‘Champion,’ became an anthem of the 2016 T20 World Cup which the Carribeans went on to win in dramatic fashion. Bravo has now teased fans with a new song and this one is for his CSK captain, M.S. Dhoni.

“Champion @DJBravo47’s next song is for ‘his brudah, his brudah from anodah muddah’ – @msdhoni No.7!” said CSK as they tweeted a video of Bravo belting a few lines from the song.

Bravo had earlier revealed that the little sprint competition that he had with Dhoni after the 2018 IPL final at the Wankhede Stadium was a challenge he had put forward to Dhoni for calling him old throughout the season.

“I said ‘I don’t want to do it in the middle of the tournament and one of us pop our hamstrings’. We did it after the final. It was a very close race, very very close. He beat me. It was a good race. He was very quick.” 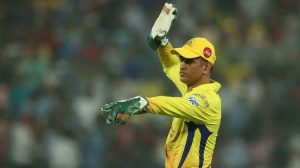 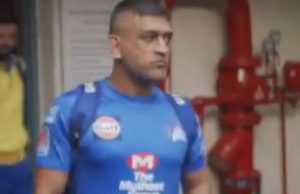