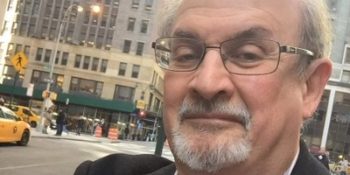 Cartagena (Colombia), Jan 28 : Indian-born British author Salman Rushdie has said his book “The Golden House” predicted the election of US President Donald Trump although he was sure of Hillary Clinton winning.

Rushdie, winner of the Hans Christian Andersen prize in 2013, was participating in a discussion with Colombian author Juan Gabriel Vasquez in the 13th edition of Hay Festival here on Saturday, Efe news agency reported.

The author, born 70 years ago in Mumbai, said his book knew what was going to happen but not him due to the novel’s own wisdom, adding that it showed how a piece of art knows more than the artist.

Rushdie clarified that “The Golden House” is not a book centred on Trump but on the polarisztion in the US.

He compared writing the book to a bullfight, where the bullfighter runs the risk of being gored by the animal and suffering a bloody injury.

He said it was as exciting to write a book as escaping the bull very closely. If one did badly the book would become irrelevant like yesterday’s newspaper, but if lucky it could capture that moment in history.

Rushdie also recalled the fatwa – an Islamic religious diktat – issued by Ayatollah Khomeini against him for his book “The Satanic Verses” on allegations that it was blasphemous, saying that only one of the two – him and Khomeini – was alive now.

He said in “Hundred years of Solitude” by Colombian Nobel laureate Gabriel Garcia Marquez, the writer’s description of the society was very similar to his native India.

He cited similarities between the Indian and Colombian societies such as a huge gap between the rich and the poor, the influence of religion and a powerful colonial past.

Rushdie, whose novel “Midnight’s Children”, was chosen by the people as the best winner of the Booker prize in its 40-year history, said he hated when things written in his books become reality, adding he has no wish to be a prophet. 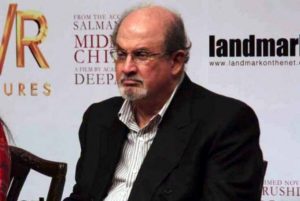 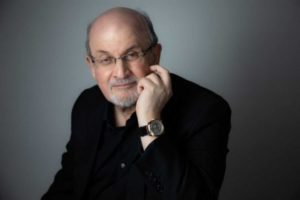