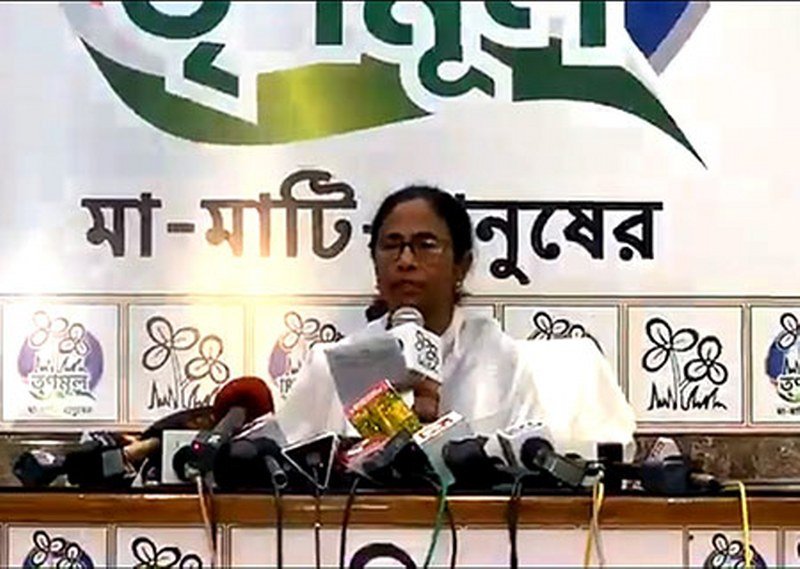 Kolkata:  Accusing the BJP of doing well in the Lok Sabha polls in West Bengal by spreading “communal poison”, Chief Minister and Trinamool Congress supremo Mamata Banerjee on Saturday said the saffron party’s polarisation tactics would be counterproductive for them in the next state Assembly polls, scheduled in 2021.

She also charged the Election Commission with working in favour of the saffron party.

“I must say nothing is unfair in war and love. What the BJP has done, it has done to promote its interest. So I appreciate that they have won by spreading the poison of communalism.

“Winners are always winners. They have succeeded in their politics, we have not succeeded in our politics…ultimately, people believe in the results in a democracy,” Banerjee said after an emergency meeting of her party here.

The meeting was held two days after the BJP came up with a stunning performance in West Bengal, winning 18 of the 42 Lok Sabha seats in the state. This was the BJP’s best performance in the state since its formation. It had won only two seats five years back.

“Polarisation is BJP’s old tactic. But earlier there was a ‘Laxman rekha’. This time, the Election Commission played an open game (in favour of the BJP) and it (poll panel) is the man of the match of this election. That is what people are saying. We are against communal polarisation. We are for the people,” Banerjee said.

Asked how her party plans to counter the polarisation tactics of the BJP in the 2021 state assembly polls, she said: “That you leave it to us. What BJP did would be counterproductive for them…nothing would harm if 40 MLAs cross over in future. I would not predict future elections. People will cast more votes for Trinamool Congress.”

Trinamool, which had triumphed in 34 seats five years back, won just 22 this time round. The Congress won the remaining two seats.

Asked about remarks of some BJP leaders that the the Trinamool government may fall before the scheduled Assembly elections, Banerjee said: “Do they want to acquire the state forcefully. First, they have to change the Constitution. Let them do so. It is not that easy. If they do it, it will be their biggest blunder. We are not going to leave it. Why are they saying undemocratic and unethical things?”

“How do they say this? Why are they so hungry? Why is the BJP so hungry to capture all the administration,” Banerjee said, adding that democracy will decide whether a elected government would be toppled or not.

“They are thinking of buying (MLAs) and are trying the same everywhere, even in Karnataka, Madhya Pradesh. Do you think that horse-trading is good for a political party” she added.

Coming down heavily on the Election Commission, she said: “It has totally worked in their (BJP’s) favour. None of our complaints got justice.”

She alleged that the Election Commission had taken over the administration in January, nearly five months back.

“For five months, I was not allowed to work. I was told all officers were now under the EC. I don’t know whether this scenario was there anywhere else in India, but it really happened in Bengal. An emergency-like situation was created here. Bengal was targeted,” she said.

However, Banerjee still sought credit saying though her party’s seat count went down, its percentage of votes went up in this election.

“This election, it’s only because of me, and people’s blessings, that despite everything, our vote has gone up by four per cent. Seats have gone down, but vote percentage is up,” she said.

She accused the BJP of distributing money to buy votes. “Democracy gets ruined when the democratic rights are purchased through money power. It is a blunder and bad for every political party. This is scandalous,” she said.