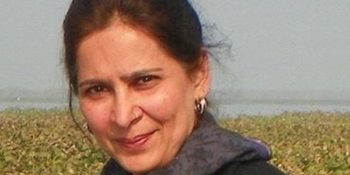 Amritsar : After a train tragedy here on Friday, Former MLA Navjot Kaur Sidhu blamed the railway authorities for not issuing directions regarding movement of trains near the tracks, where about over 50 people were feared crushed by a speeding train while they were watching the ‘Ravan Dahan’.

“We burnt the Ravan effigies at six places today. Most of them were near the railway track. They (railway authorities) should have at least issued directions to slow down the speed of the train. Such a big mistake,” Sidhu told a media channel from a hospital where the injured were taken.

“Everything was well organised and there was so much police. I could not understand how this happened. Now we are being told that railway authorities did not even slow down the train and that people were standing on the tracks,” she said.

She was present at the function where effigy burning took place. She left, she said, just before the incident and got a call about the tragedy only 15 minutes after her leaving the place.

The wife of cricketer Navjot Singh Sidhu also cautioned people against politicising the issue saying those who are doing it “should be ashamed”. 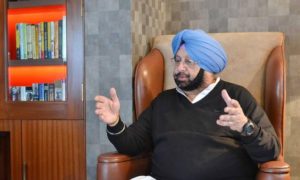 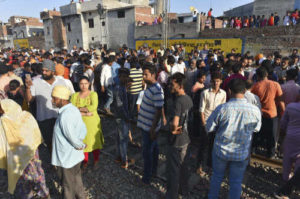