Chennai :  Miracles do not happen by merger of banks but result in higher bad loans as it has happened in the case of State Bank of India (SBI), said a leader of the All India Bank Employees Association (AIBEA).

Opposing the central government’s decision to merge Bank of Baroda, Dena Bank and Vijaya Bank, C.H. Venkatachalam, the AIBEA General Secretary, said: “Firstly, there is no evidence that merger of banks would strengthen the banks or make it more efficient.”

He said no miracle happened after the merger of five associate banks with SBI.

“On the other hand, it has resulted in closure of branches, increase in bad loans, reduction of staff, reduction in business. For the first time in 200 years, SBI has gone into loss,” Venkatachalam said.

“The total bad loans in Bank of Baroda, Dena Bank and Vijaya Bank is around Rs 80,000 crore. A merger of these banks will not help to recover the bad loans. On the other hand, the focus will be shifted to merger issue and that is the game plan of the government,” Venkatachalam said.

According to him, the need of the hour was tough measures to recover bad loans.

“Already, the government’s policy of Insolvency and Bankruptcy Code to resolve NPAs (non-performing assets) is resulting in huge haircuts for the banks,” Venkatachalam said.

He said out of 21 public sector banks, 19 were in loss on account of bad loans and provisions for bad loans. 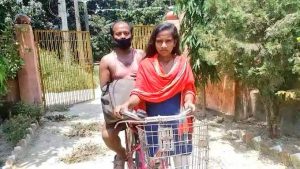