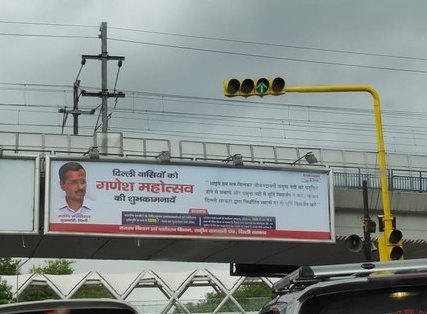 New Delhi: Delhi Chief Minister Arvind Kejriwal was the butt of Twitter trolls on Monday after the Aam Aadmi Party (AAP) government put up large hoardings across the capital wishing the people on Ganesh Chaturthi with a large picture of Kejriwal on them but sans any image of Lord Ganesha.

The hoardings show a big picture of the Chief Minister on the left, wishing Delhites a very happy Ganesh Chaturthi.

A Twitter user wrote, “Kejriwal is thinking that he is Lord Ganesha”, while another wrote, “Never mind if Lord Ganesha is not there but his mouse is there,” in an obvious reference to Kejriwal. 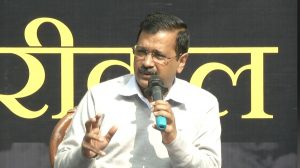