Jaipur | An angry mob attacked the two main accused in the Udaipur tailor murder case outside the premises of the National Investigation Agency (NIA) court here on Saturday.

A heavy police force was deployed outside the NIA court where a large group of people gathered and raised slogans when the accused were being brought out of the court.

Earlier, the NIA court sent all the four accused, including prime accused Mohammad Riyaz and Ghouse Mohammad, to 10-day NIA remand till July 12.

While presenting the murder accused of #KanhaiyaLal in #Jaipur NIA Court, the people present there beat them up. pic.twitter.com/g61YoKBsPL

A few lawyers inside the courtroom premises also demanded death punishment for the accused. When the two prime accused were escorted outside the court by the police, an infuriated crowd attacked them with bottles and slippers.

On June 28, a tailor named Kanhaiya Lal was beheaded in broad daylight inside his tailoring shop on a crowded lane in Udaipur for allegedly supporting suspended BJP spokesperson Nupur Sharma over her controversial remarks on Prophet Muhammed.

The prime accused — Mohammad Riyaz and Ghouse Mohammad — even filmed act and uploaded it on social media.

While Riyaz and Ghouse Mohammad were arrested that day itself, two more persons, identified as Mohsin and Asif, were arrested on Thursday in connection with Kanhaiya Lal’s murder.

The NIA is probing the matter with support from the Anti-Terrorist Squad and Special Operations Group (SOG) of the Rajasthan Police. 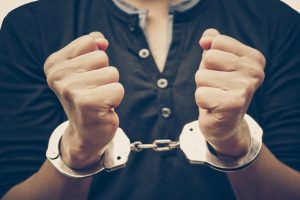 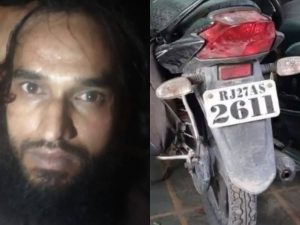