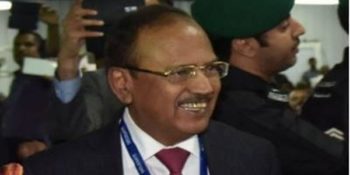 New Delhi:  National Security Adviser (NSA) Ajit Doval, who oversaw at least two cross-border military actions during the last five years, has been accorded an upgrade in his level to the Cabinet rank along with an extension of five years, co-terminus with the tenure of Prime Minister Narendra Modi.

The new order is applicable with effect from May 31, 2019, according to the June 2 decision of the Appointments Committee of the Cabinet.

“His (Doval’s) appointment will be co-terminus with the term of the Prime Minister or until further orders, whichever is earlier,” said an order issued by the Ministry of Personnel.

During the term, the order said, Doval will be assigned the rank of “Cabinet Minister in the table of Precedence”.

He was appointed as the fifth NSA in 2014. In its first innings, the Modi government conducted two important cross-border anti-terror operations under Doval’s watch.

In September 2016, the Indian Army retaliated to a terror attack on an Army camp in Kashmir’s Uri with surgical strikes at terror camps across the Line of Control (LoC) in Pakistan-occupied Kashmir.

On February 26 this year, the Air Force conducted aerial strikes at a Jaish-e-Mohammad (JeM) terror camp in Balakot in Pakistan after a ghastly terror attack in Kashmir’s Pulwama killed 40 CRPF personnel on February 14.

Prior to planning of these operations, Doval also played a crucial role in ensuring the secure return of 46 Indian nurses, who were trapped in a hospital in war-torn Iraq.

Doval’s deep understanding and execution of counter-terror operations and his stint in Pakistan as India’s top intelligence sleuth are seen as vital assets for national security.

Informed sources said that Doval and newly-appointed External Affairs Minister S. Jaishankar would be the two prominent faces of Prime Minister Narendra Modi on the diplomatic and strategic fronts, both having vast experience in South East and South Asian strategic affairs. 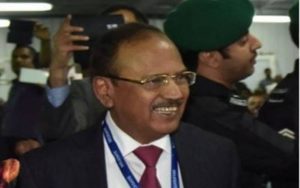 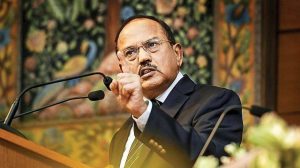