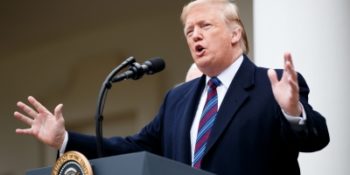 Washington/Kabul:  US President Donald Trump has claimed he can wipe Afghanistan “off the face of the Earth” in a matter of days, but preferred dialogue, sparking an outrage in Kabul and prompting it to seek clarification over the bizarre remark.

At a meeting with Pakistan’s Prime Minister Imran Khan at the Oval Office on Monday, Trump said, “If I wanted to win that war, Afghanistan would be wiped off the face of the earth. It would be over literally in 10 days, (but) I just don’t want to kill 10 million people.”

“We’ve been there for 19 years and we’ve acted as policemen, not soldiers,” Trump said, mischaracterising the length of the war. “If we wanted to be soldiers we could end it in one week, 10 days,” he said.

“I don’t want to take that route,” he said of a military plan of that magnitude. “So we’re working with Pakistan and others to extricate ourselves,” he said.

Washington has been pursuing a diplomatic strategy to end the war — with US-Taliban talks in Qatar — while still maintaining military pressure on the Taliban.

Trump described the duration of the war in Afghanistan as “ridiculous”. He said he was hopeful that Islamabad would help broker peace to end the Afghan war, apparently riling the government in Kabul.

Following Trump’s comments, the Afghanistan’s presidential palace said, “Given the multifaceted relationship between Afghanistan and the US, the government of Afghanistan calls for clarification and explanation on the US President’s remarks expressed at a meeting with the Pakistan Prime Minister.”

“Afghanistan as one of the most deep-rooted and ancient countries of the world has been able to overcome countless crisis during history. The Afghan nation has not and will never allow any foreign power to determine its fate,” said the statement cited by TOLO News.

It said Afghanistan’s cooperation and partnership with the world countries, particularly the US, was based on “common interests and mutual respect”.

“While the Afghan government supports the US efforts for ensuring peace, the government underscores that foreign heads of state cannot determine Afghanistan’s fate in absence of the Afghan leadership. Afghanistan will remain dignified and firm in the global political arena,” it said.

Afghanistan’s former head of the National Directorate of Security and presidential candidate Rahmatullah Nabil tweeted: “Please don’t mislead the US public with dire scenarios of millions dying, that the military solution to Afghanistan requires killing millions. If you eliminate 15-30 top Taliban leaders living in Quetta, Pakistan, and placed 15-30 Pakistani generals on sanctions list, problem would be solved.”

He asked Trump not to present us with false binary choices and “explain how one wins a war without hitting an enemy’s command and control”.

The controversy brewed as US envoy for Afghan Reconciliation Zalmay Khalilzad was expected to consult the Afghan government on Tuesday on “next steps” in the peace process. 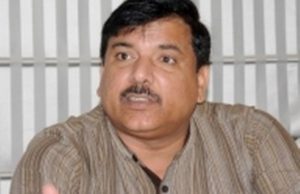