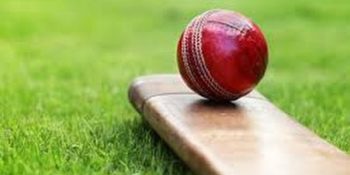 Kolkata : India will take on Pakistan in the ICC World Cup 2019 on June 16 at Old Trafford, a BCCI official said on Tuesday.

Cut to 10 teams from 14, the World Cup this year will be in round-robin format where every team which play each other.

At the International Cricket Council (ICC) Chief Executives Meeting here, it was proposed that the big-ticket clash will be in Manchester while India will open their campaign against South Africa on June 5.

The recommendation needs to be ratified by the ICC board.

In a bid to maintain the Lodha Committee recommendation, which says a mandatory 15-day gap is required between the Indian Premier League (IPL) final and any international match, the South Africa game was postponed by three days from June 2 to June 5.

Meanwhile, it was also decided that India will play a maximum of 309 days of international cricket in this cycle across formats which is a reduction of 92 days from the previous cycle.

The number of home tests will be increased from 15 to 19.

It was also decided that India won’t take part in any Day/Night Test match, which was expected against the West Indies later this year. The reason being, the ICC World Test Championship matches won’t be Day-Night tests.