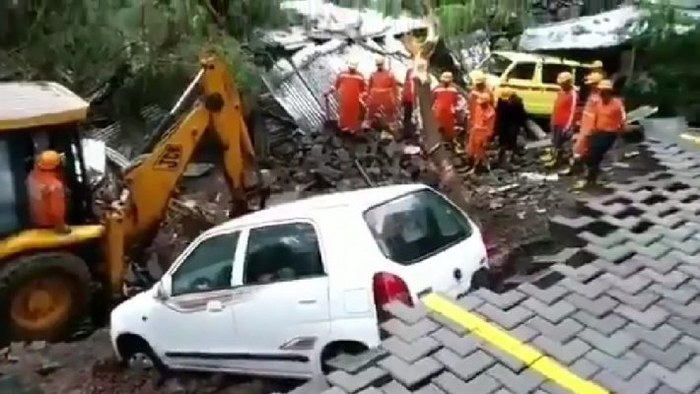 Pune:  At least 15 people, mostly hailing from West Bengal and Bihar, were killed and three others injured when a compound wall of a posh building collapsed here in Maharashtra early on Saturday, officials said.

Taking a grim view of the tragedy, Chief Minister Devendra Fadnavis ordered the Pune Collector to conduct a detailed probe into the incident in Kondwa as dramatic videos on social media showed cars lined up next to the structure nose dive.

Maharashtra Governor C.V. Rao expressed grief over the incident and said “every life lost was precious” while wishing speedy recovery to the injured.

It was around 2.15 a.m. when the compound wall of Alcon Stylus residential building suddenly came crashing down trapping the victims still asleep in their huts, police and NDRF officials said.

Around half a dozen vehicles parked near the compound wall also were dragged down as a portion of the earth caved in and crashed onto the hutments below.

Teams of rescuers who rushed to the spot managed to rescue just three alive, including two minors. Most of them were labourers, the officials said.

Among the dead were 10 men, five children. Ongoing work to rescue some others feared trapped in the rubble, was hampered by intermittent monsoon showers.

“We are immediately issuing a Stop Work order to an adjoining building where construction activities are underway. We shall also give full relief to the victims’ families,” Pune Mayor Mukta Tilak told the media here.

Guardian Minister Chandrakant Patil who said he was rushing to Pune, warned that no guilty will be spared.

The Pune Collectorate and Pune Municipal Corporation authorities said they will separately probe the tragedy even as the victims and locals blamed the builders and the civic body for lapses. 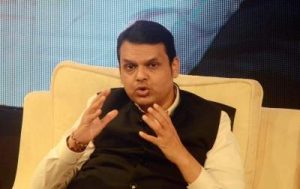 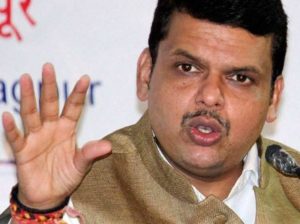