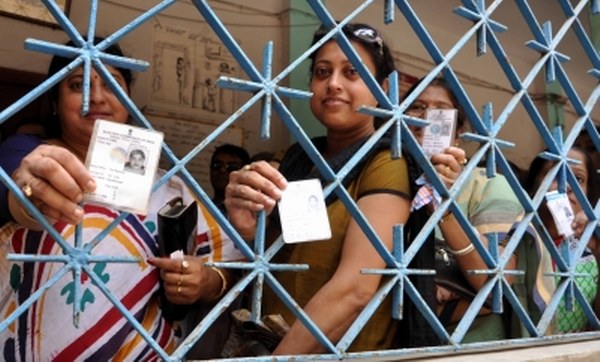 Kolkata: West Bengal recorded 14.17 per cent polling to the state’s nine Lok Sabha seats amid a few incidents of sporadic violence and reports of EVM failures in several booths leading to either delay or stalling of the poll process, an official said.

“A number of EVM failures across constituencies has been reported and requisite actions are being taken,” said the Election Commission official.

Polling process at three booths in Dum Dum’s Nagerbazar area and another at South City College under the South Kolkata seat were delayed by more than an hour, voting did not begin be till 9.30 a.m. at a booth in Jadavpur’s Sonarpur.

EVM failures at several booths in Diamond Harbour, Joynagar, Barasat, Dum Dum and both the constituencies of the eastern metropolis were reported.

Crude bombs were hurled at Raidighi in Mathurapur and voters were allegedly threatened by the activists of the state’s ruling Trinamool Congress while a Bharatiya Janata Party (BJP) camp office was set ablaze in Rajarhat under the Barasat constituency.

Comunist Party of India-Marxist (CPI-M) North Kolkata candidate Kaninika Bose (Ghosh) alleged that polling agents were beaten up and not allowed to sit inside the booths.

She staged a protest demonstration in Belgachia demanding intervention of security personnel.

In Basirhat, the BJP’s Sayantan Basu and CPI candidate Pallab Sengupta alleged their polling agents were not allowed to sit at 650-700 booths.

Trinamool’s Kolkata South candidate Mala Roy alleged that she was not allowed to enter a polling booth at Mudiali by the central forces after an EVM failure at the concerned booth was reported.

There are 94 male candidates and 17 female.

The Kolkata North seat has the highest number of candidates (21) contesting among 42 parliamentary constituencies in Bengal, while it also has the lowest number of electorate (14.44 lakh).

Stakes are high in Diamond Harbour seat as Chief Minister Mamata Banerjee’s nephew and Trinamool Congress MP Abhishek Banerjee is contesting for a second term. He is pitted against the CPI-M’s Fuad Halim, BJP’s Nilanjan Roy and Soumya Aich Roy of Congress.

In Jadavpur, the battle is between popular Bengali actress and political greenhorn Mimi Chakraborty from the Trinamool against CPI-M leader and former city mayor Bikash Ranjan Bhattacharya and the BJP’s Anupam Hazra, who defected from Trinamool a few months back.

In Kolkata South, a number of star voters including Mamata Banerjee, former India cricket team captain Sourav Ganguly and a host of Bengali intellectuals, artists and film stars will cast their votes.

The Basirhat Lok Sabha seat, bordering Bangladesh that was hit by a communal violence in 2017, has also hogged the limelight since the announcement of candidate list as another Bengali silver screen heroine Nusrat Jahan is fighting against the BJP’s Sayantan Basu. 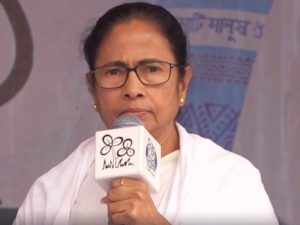