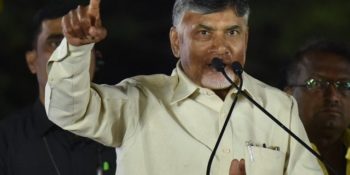 Amaravati :  Stating that there are 100% chances of hacking EVMs, Andhra Pradesh Chief Minister N. Chandrababu Naidu on Saturday said the Election Commission of India should either go for counting of VVPAT slips or revert to the old ballot paper system.

The Telugu Desam Party (TDP) chief asked his party MPs to raise the issue during the Budget session of Parliament, beginning January 31.

Addressing the TDP Parliamentary Party here, he said since many political parties raised their doubts about the Electronic Voting Machines (EVMs), the Election Commission should take note of such complaints.

He said the poll body should either ensure counting of 100% slips of VVPAT (Voter-Verified Paper Audit Trail) or revert to the ballot paper system.

Naidu said like any technology, the EVM could also be misused and it was easy for those writing the software to hack it. He said that since Election Commission is only a referee, it should not enforce a system in which the political parties have no trust.

He asked party MPs to oppose the use of EVMs in the coming elections during the Parliament session.

TDP MP Y. S. Chowdary told reporters that the party would oppose the Centre’s move to introduce a full-fledged Budget for 2019-20. “How can a government which has a mandate for just two months present the Budget for the entire financial year?” he asked.

Naidu asked TDP MPs to put pressure on the NDA government to present only a vote-on-account budget. 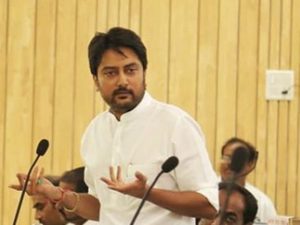