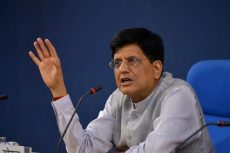 New Delhi: Days after the government informed Parliament that it has no data on the death of migrant labourers, Railway Minister Piyush Goyal told the Rajya Sabha that 97 persons died while travelling on Shramik Special trains between May 1 and September 9. The Minister said that the national transporter had not collected any fare from […]