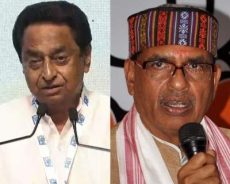 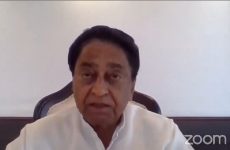 New Delhi: Former Madhya Pradesh Chief Minister Kamal Nath on Sunday blamed the Centre for delaying the lockdown despite the World Health Organization (WHO) declaring Covid-19 as pandemic. Addressing a press conference, Nath said: “It is obvious that Parliament was run to show that everything is normal and only after Shivraj Singh Chouhan took oath, […] New Delhi: After the resignation of former chief minister Kamal Nath, efforts are on to form a new government in Madhya Pradesh. Sources said that the next government is likely to assume office by March 25. The BJP legislature party meeting which was scheduled to be held on Saturday has been postponed and this will […]

Bhopal: Madhya Pradesh Chief Minister Kamal Nath announced resignation from his post, hours before the Supreme Court ordered trust vote deadline. This ended the 15-month-old Congress rule in the state. Kamal Nath’s government lost majority after the resignation of 22 MLAs, who are in support of Jyotiraditya Scindia, who recently moved to the BJP. Before […]

Bhopal:  With the Speaker of the Madhya Pradesh Vidhan Sabha Narmada Prasad Prajapati accepting the resignations of the 16 legislators holed up in Bengaluru, it has become clear the Kamal Nath government will quit on Friday. In a frantic effort to pull off a near impossible win in Friday’s floor test, the Congress held three […]

New Delhi: In a major development amid the ongoing Madhya Pradesh political crisis, the Supreme Court on Thursday ordered the floor test in the Legislative Assembly be held on Friday and the proceedings be completed before 5 p.m. The floor test will be done by show of hands, it said. A bench headed by Justice […] 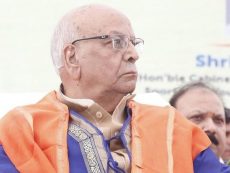 Bhopal: Madhya Pradesh Governor Lalji Tandon on Monday asked the Kamal Nath-led Congress government for a floor test in the 230-member Assembly on Tuesday. Tandon in his letter to Nath said that as he received the letter of the Chief Minister on March 14 and that was not in accordance with parliamentary decorum. “In my […] 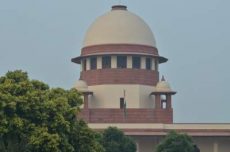 New Delhi: Madhya Pradesh BJP filed a plea in the Supreme Court on Monday seeking an order to the Speaker of the Legislative Assembly to hold a floor test within 12 hours, as per the direction issued by Governor Lalji Tondon. The petiton contended that despite the clear-cut directions issued by the Governor to Chief […]

Bhopal: Amidst uproar in the Madhya Pradesh Assembly, the house was adjourned till March 26. Speaker N.P. Prajapati adjourned the house just after the governor finished his customary address. Governor Lalji in his address asked the MLAs to uphold democratic ideals. He also told the government to hold a floor test on Monday itself. Meanwhile, […]