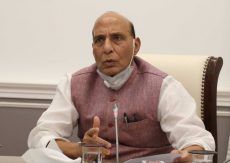 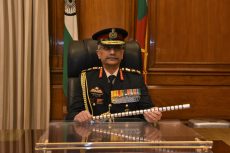 New Delhi: Indian Army chief General Manoj Mukund Naravane said on Thursday that temporary face-offs do occur along the Line of Actual Control (LAC) with China due to the differing perceptions of the alignment of boundaries. Naravane issued a statement following incidents of skirmishes along the LAC with China, in which he said, “Temporary and […]

New Delhi: Indian Army Chief M.M. Naravane on Wednesday asserted that the abrogation of Article 370 was a historic step and it will help Jammu and Kashmir integrate with mainstream India. “Article 370 abrogation has disrupted proxy war by our western neighbour,” says Army Chief on the occasion of Indian Army Day. General Naravane also said, […]