Ghaziabad, Dec 27 (IANS) The ruling BJP in Uttar Pradesh has removed its Ghaziabad city president Ajay Sharma after he, along with over a hundred others, clashed with police over the marriage of a Hindu woman with a Muslim man which they dubbed as a case of “love jihad”.

The letter, signed by state General Secretary Vidya Shankar Sonkar, said in view of the protest against the inter-religious marriage, Ajay Sharma has been removed from his post. The letter also states that Man Singh Goswami, the city General Secretary, has been appointed as city president. Goswami took charge at 11.30 p.m. on Tuesday.

On December 22, the woman’s family had organised a wedding reception at their house in Ghaziabad.

Over 100 workers of the Bharatiya Janata Party and other Hindu outfits, including the Shiv Sena, Bajrang Dal and Jai Shiv Sena, staged a sit-in outside the house in Raj Nagar, protesting the wedding, and disrupted traffic.

Police said they removed the protesters by using mild force on the grounds that they were trying to interfere in the personal lives of individuals.

“How can the police allow people to barge into someone’s house? We got a distress call and we performed our duty,” said Senior Superintendent of Police H.N. Singh.

Later in the day, a criminal case was registered against Sharma and over 100 others for the clash with police and rioting over the marriage.

The FIR was lodged under sections 147 (rioting), 148 (rioting, armed with deadly weapon), 336 (endangering life of others), 341 (wrongful restraint), 427 (causing damage), 353 (assault) of the Indian Penal Code and Section 7 of the Criminal Law (Amendment) Act (loitering or intimidating).

The police filed a complaint from the bride’s father also in support of its own FIR.

The bride’s father Pushpendra Kumar told IANS: “I received phone calls asking me to stop the marriage. But both (bride and bridegroom) are mature enough to know what’s wrong and what’s right. I don’t see any ‘love jihad’ in it.”

Bride Nupur Singhal is a psychologist with a Ph.D in Human Psychology, while her husband Mansoor Harhat Khan holds a Master’s in Business Administration and works with a private company. His family originally hails from Aligarh, though his father lives in Delhi but owns a house in Noida as well.

According to Pushpendra Kumar, the boy even offered to marry as per Hindu rituals. “But neither the groom’s family nor ours put any conditions and left it to the girl and the boy, and they went for court marriage,” the father added.

The woman is the grand-daughter of retired IAS officer Rajendra Kumar who was the District Magistrate here in 1990. 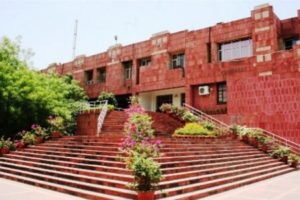 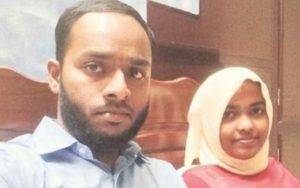 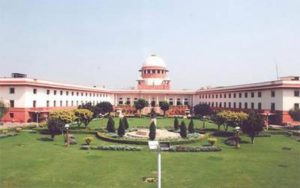