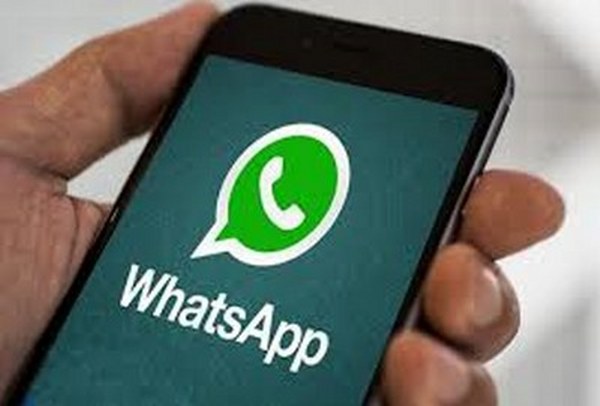 San Francisco :  A bug is being forwarded via messages which when tapped, could send not just the WhatsApp Android app crashing but possibly even the entire Android device as well, the media reported. “As with any message bomb, it involves sending and receiving a specially crafted message with hidden symbols in between spaces. Tapping […]

San Francisco : Facebook-owned WhatsApp is rolling out its “Restrict Group” for all iOS, Android and Windows Phone users — a feature that gives the group administrator powers to restrict other members from sending text messages, photographs, videos, GIFs, documents or voice messages in case the admin thinks so. According to WABetaInfo, a popular fan […]

San Francisco :  In a jolt to Facebook, WhatsApp co-founder and CEO Jan Koum has decided to move on amid reports that he had a difference of opinion with parent company Facebook over data privacy, encryption and other issues. Koum announced his exit from WhatsApp immediately after The Washington Post on Monday reported his plans […]

London :  In what could begin a new era for forensic science, the police in Britain have arrested a drug dealer based on fingerprints they found on a WhatsApp image sent by the criminal to his clients. The photograph showed part of the dealer’s hand “and there was potentially a fingerprint,” the BBC reported late […]

New Delhi : WhatsApp on Friday rolled out a new feature in a Beta update that will soon enable iOS, Android and Windows Phone users migrate their data to a new number without much hassle. The new “Change Number” feature update is currently available in the 2.18.97 Android beta update on Google Play Store. It will […]

San Francisco :  A new creepy app named “Chatwatch” is using WhatsApp’s online or offline status feature to tell users how often their friends check the micro-blogging platform and also estimate when they go to bed every day — potentially making it an invasive app. ‘Chatwatch’ takes advantage of WhatsApp’s public online/offline status, which lets […]

San Francisco :  Brian Acton, co-founder of WhatsApp, late on Tuesday asked users to “delete” the social media platform, Facebook, amid alleged data leakage of its users for political purposes. “It is time. #deletefacebook,” Brian Acton tweeted to more than 23,000 of his followers. WhatsApp was acquired by Facebook in 2014. Facebook is facing a […]

London :  Love is beautiful… Perhaps a little more so when someone finds it without putting much of an effort. But can it blossom even from an innocent WhatsApp message sent to a wrong number? Michael Evangelou from Colliers Wood in south London would say ‘yes’. Evangelou, 44, sent a message, which read “Girls Trip”, […]

San Francisco :  WhatsApp is testing a new feature called “block revoke request” to prevent people from misusing the “Delete for Everyone” feature. According to WABetaInfo, a fan site that tests new WhatsApp features early, in order to stop such bad users, the messaging platform has implemented the new feature. “A new WhatsApp for iOS […]