New Delhi: Delhi Police officials, who allegedly fired at the lawyers during the Tis Hazari clashes that erupted between lawyers and police earlier this month, have approached the Delhi High Court seeking relief in the cases against them. The matter is likely to come up for hearing on Friday. ASI Pawan Kumar and Kamta Prasad have […]

New Delhi: The Supreme Court on Friday indicated both sides – lawyers and police – bore responsibility when the Bar Council of India complained about Delhi Police’s “brutality” during the violence in the Tis Hazari court. “There were problems from both sides. Nobody claps with one hand,” a bench of Justices Sanjay Kishan Kaul and K.M. […] 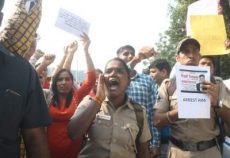 New Delhi: The daylong protest by thousands of police personnel here on Tuesday has jolted the top brass of the Delhi Police, especially Police Commissioner Amulya Patnaik. The fact that Patnaik failed to stop the stir has shown that the rank and file in the police force was no longer in awe of him and are, […] New Delhi: Hundreds of Delhi Police personnel on Tuesday gheraoed the Police Headquarters (PHQ) at ITO here to protest against repeated incidents of violence against them by lawyers. A parking row between between police personnel and lawyers on Saturday had escalated leading to violence and arson at the Tis Hazari Court complex. At least 20 […]

New Delhi: The Delhi High Court on Sunday appointed a retired judge to be assisted by Directors of the Central Bureau of Investigation (CBI), the Intelligence Bureau and Vigilance to conduct a judicial inquiry into the clash between advocates and the Delhi Police at the Tis Hazari Court complex. The High Court took suo moto cognizance […]

New Delhi: A district judge and three others had filed first information reports (FIRs) over clashes between lawyers and policemen at the Tis Hazari court premises on Saturday at the Sabji Mandi police station, Delhi Police spokesperson Anil Mittal told IANS, here on Sunday. The FIR filed by the district judge, demanding investigation, stated, “A clash […]

New Delhi: Taking suo moto cognisance of Saturday’s clash between the police and the lawyers at Delhi’s Tis Hazari Court, the Delhi High Court on Sunday issued notices to the Delhi Police, Bar Coucil of India, Bar Council of Delhi, Delhi government, all bar association of district courts of Delhi and the Delhi High Court Bar […]

New Delhi: A day after violence erupted between lawyers and cops at the Tis Hazari court complex, Delhi High Court Chief Justice D.N. Patel on Saturday held a meeting with senior police officials to discuss the situation, sources said. According to sources, some judges of the Delhi High Court were also present at the meeting. […] 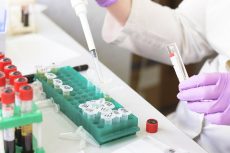 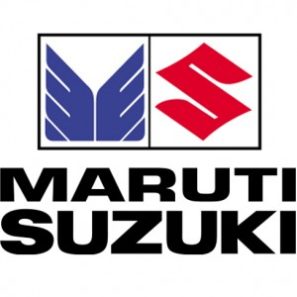