Mumbai :  Several lakhs turned up to join a long procession — among the largest in recent times — to mark the final journey of actress Sridevi which started near her residence to a crematorium in Vile Parle on Wednesday afternoon. A tall, open truck, fully decorated with white flowers — her favourite colour — […]

Mumbai :  The Maharashtra government has decided to accord actress Sridevi full state honours at her funeral scheduled later on Wednesday afternoon, official sources said. The state honours for the actress, who was conferred Padma Shri in 2013, will include draping her body in the national tricolour, elaborate arrangements by the Mumbai Police, and a […] 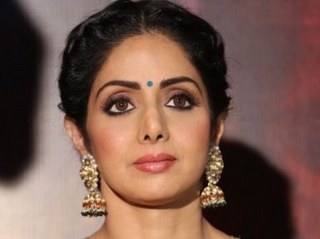 Mumbai : Ending all speculations, the body of well-known Bollywood actress Sridevi Kapoor is expected to reach Mumbai late on Tuesday night, 72 hours after her death in Dubai on Saturday. According to a statement issued on Tuesday evening on behalf of the Kapoor and Ayyappan families, the body will be kept for three hours […]