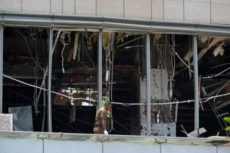 Colombo: The Islamic State on Tuesday claimed responsibility for the horrific Easter Sunday bombings in Sri Lanka which killed at least 321 people and injured more than 500 in the worst outbreak of violence in the island nation in a decade. An Arabic language statement on the group’s official al-Amaq news agency made the claim […]