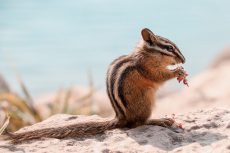 Washington: A squirrel tested positive for bubonic plague in Colorado, prompting the US state to issue a health warning, the media reportedy. The squirrel infection was reported in the town of Morrison, Jefferson County, about 27 km southwest of the state capital Denver, after another case was earlier confirmed in the Broomfield county, reports Xinhua news […]