Srinagar :  In the first gunfight with security forces after Jammu and Kashmir was put under Governor’s rule, four militants belonging to the Islamic State terror group were killed on Friday in Anantnag district, Director General of Police (DGP) S.P. Vaid said. This is the first official confirmation of any IS militant being killed in […] 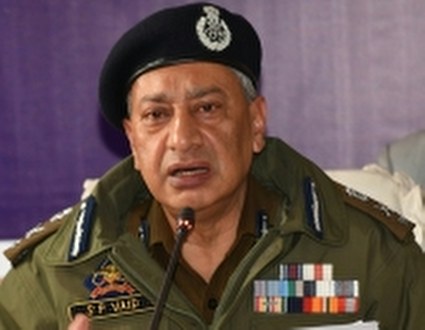 Jammu :  Jammu and Kashmir Police on Thursday said that one of the four militants killed in Tuesday’s gunfight in the Tral forest area was a Jaish-e-Muhammad (JeM) operational commander. State Director General of Police (DGP), S.P. Vaid said: “Operational commander of JeM Mufti Yasir was among those killed in the joint operation in upper […]