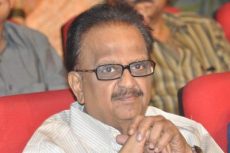 New Delhi: The Government announced the list of Padma Awardees, which are among the some of the highest civilian honour, on Republic Day eve. Although Bollywood has no recipients this year, late playback legend SP Balasubramanyam has been honoured posthumusly with Padma Vibhushan. He is the only name from entertainment industry among seven names who are […]