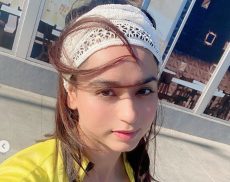 Los Angeles: Actress Soundarya Sharma, who had approached the Indian embassy and Ministry of External Affairs for assistance to return to India amid a coronavirus pandemic, has opted out of travelling by the repatriation flight phase one so that people who are in distress can travel back home first. Soundarya said: “I am certainly missing […] 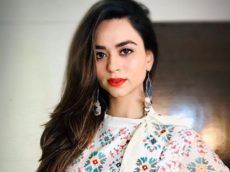 Mumbai:  A monkey trespassed into actress Soundarya Sharma’s room, had breakfast and then left. Soundarya shared an amusing video of the monkey gorging on some fruits. View this post on Instagram ‪#Thuglife …. He entered my room early morning nd refused to leave after his breakfast..rested & slept on my bed after his breakfast while […] 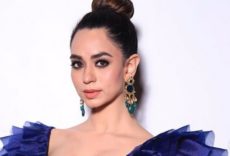 New Delhi: Actress Soundarya Sharma says Bollywood films are patriarchal but times are changing as women-centric films are now taking over. Talking about films being male dominated, Soundarya told IANS here: “Of course, yes. I have only done one film. In my movie, I was the lead and the hero but, yes, if you see […]