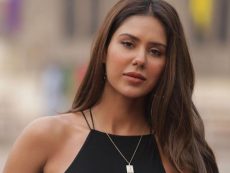 New Delhi:  Punjabi actress Sonam Bajwa might be the “highest paid actor” in the film “Guddiyan Patole”, more than her male counterparts, but she feels pay parity is a far cry because female actors overall do not get what they deserve. “The issue of pay gap exists not only in Bollywood or the Punjabi film […]