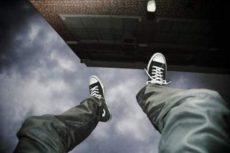 New Delhi:  An accused in a snatching case committed suicide after jumping off the fifth floor of the Saket court complex here as he was being produced in court, a police officer said Tuesday. The incident occurred at 4.30 p.m. when a police officer posted with Sunlight Colony police station informed the Police Control Room […]