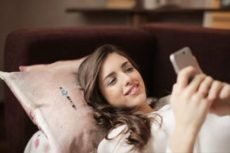 London: Limiting evening exposure to blue-light emitting screens on smartphones, tablets and computers can reverse sleep problems and reduce symptoms of fatigue, lack of concentration and bad mood in teenagers, after just one week, says a study. The researchers found that those who had more than four hours per day of screen time had on […]