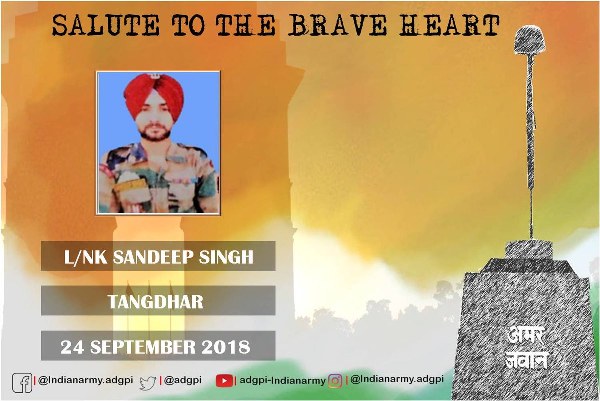 Srinagar : The Indian Army on Tuesday denied that the soldier killed in a gunfight along the Line of Control (LoC) at Tangdhar had taken part in the surgical strikes in September 2016. Colonel Rajesh Kalia, Defence Ministry spokesman, told IANS in Srinagar, that reports about Lance Naik Sandeep Singh being a member of the […]