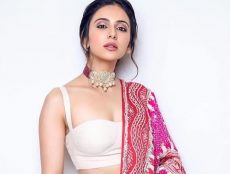 Mumbai: Fashion designer Simone Khambatta on Thursday deposed before the Narcotics Control Bureau (NCB) while Bollywood actor Rakul Preet Singh is yet to join the investigation into drugs abuse among people associated with the film industry, officials said. According to NCB officials, Khambatta arrived at the NCB office here for questioning around 10.15 a.m. An NCB […]