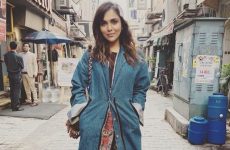 New Delhi: Actress Shwetta Parashar is all set to debut in Bollywood with a film that is rumoured to be based on the life and death of late actor Sushant Singh Rajput. She insists the film aims to be a movement against Bollywood mafias. Titled “Suicide Or Murder”, the film stars Sushant Singh Rajput lookalike […]