Srinagar :  A top Pakistani commander of the Lashkar-e-Taiba (LeT) who was wanted for the murder of senior journalist Shujaat Bukhari was shot dead on Wednesday in a gun battle in Jammu and Kashmir’s Badgam district, police said, calling it “good news”. In what is seen as a major success for security forces, Naveed Jatt […]

Srinagar : A top Lashkar-e-Taiba (LeT) commander, Naveed Jatt, who was wanted for the murder of senior journalist Shujaat Bukhari, was killed on Wednesday in a gunfight in Jammu and Kashmir’s Badgam district, police sources said. Although an official confirmation was still awaited, the sources said that Jatt, alias Abu Hanzullah, was among the two […] 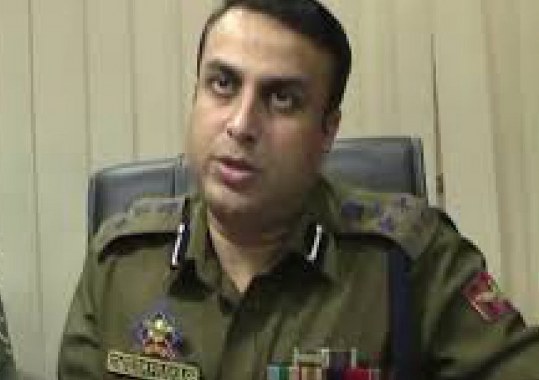 Srinagar : The Jammu and Kashmir Police said on Thursday that the conspiracy to kill noted Kashmiri journalist Shujaat Bukhari was hatched in Pakistan and that the Lashkar-e-Taiba (LeT) carried out the crime. Inspector General of Police S.P. Pani told the media: “This terror crime was done by LeT and the conspiracy was hatched in […]

Srinagar :  Lashkar-e-Taiba (LeT) terrorist Naveed Jatt along with two local terrorists murdered senior journalist Shujaat Bukhari here on June 14, police sources said on Wednesday. Naveed Jatt is a Pakistani who escaped from police custody from a Srinagar hospital on February 6 this year. “The other two terrorists involved in this terror murder are […]

New Delhi : Journalist organisations held a remembrance-cum-solidarity meeting here on Monday in memory of Shujaat Bukhari, Editor-in-Chief of Rising Kashmir and said his killing demands accountability at various levels. In a joint statement, 11 media organisations demanded that the government of Jammu and Kashmir bring the perpetrators of the dastardly crime to book at […]

Srinagar : Within hours of releasing his picture for public help, police here on Friday arrested the fourth suspect in senior journalist Shujaat Bukhari’s murder. Police earlier in the day released the video of a bearded man who was apparently trying to help the injured in Bukhari’s car after militants fired a volley of automatic […]

Srinagar : Many hundreds of mourners attended the funeral of senior journalist and Editor-in-Chief of “Rising Kashmir” Shujaat Bukhari in Jammu and Kashmir’s Baramulla district, a day after gunmen shot him dead. His ancestral hometown Kheeri, where he was buried, observed a spontaneous strike during the funeral, with all shops remaining shut. Former Chief Minister Omar […]

Srinagar : Senior journalist and Editor-in-Chief of English daily “Rising Kashmir” Shujat Bhukhari was on Thursday shot dead by militants outside his office here, police said. State police chief S.P.Vaid said that it was around 7.15 p.m., the Iftar time, that Bukhari came out of his office in Press Enclave and was boarding his car […]