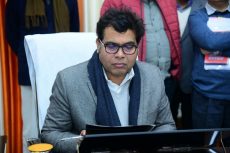 Lucknow: Uttar Pradesh Minister Shrikant Sharma has said that there is a ‘tukde tukde’ gang in Bollywood which is speaking against the amended citizenship law with definite political motives. Shrikant Sharma was responding to remarks made by actor-director Nandita Das, who said that Delhi’s Shaheen Bagh will be replicated. “Those from Bollywood speaking against CAA […]