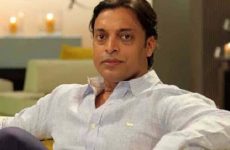 Karachi: Former Pakistan speedster Shoaib Akhtar once again has spoken about things outside of cricket and this time he had something to say about the budget of the Pakistan Army. He feels that the annual budget of the armed forces should be increased significantly and for that civilians like him are even ready to make […]

Lahore: Former Pakistan pacer Shoaib Akhtar has claimed that he had turned down a 175,000-pound county contract with Nottinghamshire to fight the 1999 war against India in Kargil. Code named ‘Operation Vijay’, the Kargil war was fought at an altitude of around 16,000 feet wherein 1,042 Pakistani soldiers lost their lives and 527 Indian soldiers […] 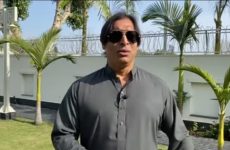 Lahore: Former Pakistan speedster Shoaib Akhtar feels it is not right to compare former India cricketer Sachin Tendulkar and current skipper Virat Kohli because the ‘Master Blaster’ set numerous records while batting in the ‘toughest era of cricket’. Kohli is widely regarded as Tendulkar’s second coming in Indian cricket and the ‘Delhi Dasher’ has already […]

Lahore: Former Pakistan pacer Shoaib Akhtar believes playing cricket before empty stands would be without much excitement and something difficult to market. Amid the ongoing COVID-19 pandemic, many sports have resumed behind closed doors and cricket is also supposed to be played like that in the near future so as to contain the spread of […] 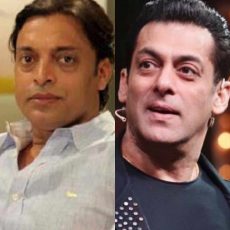 Lahore: Former Pakistan fast-bowler Shoaib Akhtar wants Bollywood superstar Salman Khan to play the lead character if ever a biopic is made on his cricketing journey. Akhtar has always been a fan of Khan, considering the number of times he has praised the Bollywood star. In 2016, he met the Bollywood actor in Dubai and […]

Lahore: With COVID-19 outbreak killing over 5,400 people globally, former Pakistan cricketer Shoaib Akhtar has lashed out at those responsible for making the coronavirus infect humans and blamed China solely for the outbreak. “I don’t understand why you have to eat things like bats, drink their blood and urine and spread some virus across the globe…I’m […] 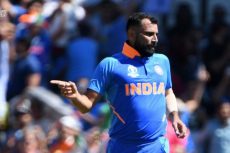 New Delhi: Jasprit Bumrah might be considered one of the best in the business at present, but former Pakistan pacer Shoaib Akhtar believes that it is Mohammed Shami who is best fast bowler in the world at present. Akhtar not only praised the Indian pacer for his brilliant show in the third T20I against New […]

New Delhi: Former Pakistan pacer Shoaib Akhtar said that he was surrounded by match fixers in the national team during his playing days. In comments made on a television show, Shoaib said that he felt he was playing against “21 players – 11 theirs and 10 ours.” Akhtar was talking about the 2010 spot fixing […] 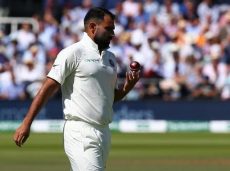 New Delhi: Former Pakistan speedster Shoaib Akhtar has backed Mohammed Shami, who played a crucial role in India’s emphatic win in the first Test against South Africa, to become the “king of reverse swing”. Shami picked up a brilliant five-wicket haul during the second innings of South Africa in the Visakhapatnam Test which India won […] 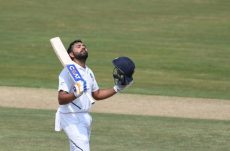 New Delhi: Pakistan pace legend Shoaib Akhtar says that India’s new Test opener Rohit Sharma has a better technique than Virender Sehwag. Rohit has drawn comparisons to Sehwag since his promotion to the top of the order in Test cricket and that has only increased after he scored twin centuries in the first Test against […]