New Delhi | The Supreme Court on Friday agreed to hear bail plea of Indrani Mukerjea, the prime accused in the Sheena Bora murder case, and sought a response from the CBI. A bench headed by Justice L. Nageswara Rao issued the notice to the CBI on an application filed by Mukerjea. The top court said […] 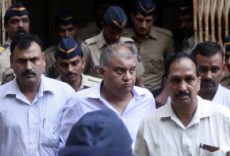 Mumbai: Six weeks after he was granted bail, former media baron Peter Mukerjea walked out of jail, four-and-a-half years after his arrest in connection with the Sheena Bora murder case, here on Friday. While granting him bail on Feb. 6 after finding that there was no prima facie evidence to prove his involvement in the […]